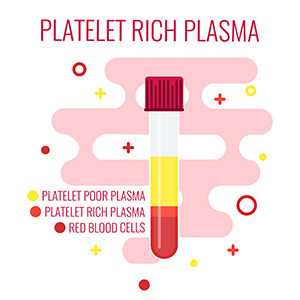 Both platelet-poor plasma and platelet-rich plasma serve important functions in medical science. Both are used in the field of regenerative medicine. In areas as diverse as physical medicine, rheumatology, rehab, and orthopedics, PRP and PPP therapy are used to speed up the human body’s natural healing process.

What are PRP and PPP?

Platelet-poor plasma (PPP), as the name indicates, is similar to PRP in one way: it contains plasma. However, PPP contains almost no platelets. When collected and prepared correctly, human blood yields both PRP and PPP.

How are PRP and PPP Made?

It is possible to achieve a high degree of efficiency when preparing PRP and PPP because the substances are both present in a blood sample after two rounds of centrifuging. Both processes are described below.

There are at least two common methods for collecting and preparing PRP. In the so-called “PRP method,” as opposed to the buffy-coat method, a freshly-collected sample of whole blood from a human donor is placed in multiple tubes which are then loaded into a centrifuge.

It is the topmost layer that interests researchers who are preparing PRP because that is the layer with the highest concentration of platelets. After collecting the topmost layers from the tubes and transferring the platelet-rich liquid to another set of test tubes, researchers perform a second spin. When complete, the bottom layer is collected to acquire the plasma with the highest concentration of platelets.

The buffy-coat method of preparing PRP is very similar to the PRP method. In fact, there are many ways to collect PRP but researchers have not settled on one as being the most efficient. Currently, the so-called “PRP method” appears to be the most common.

Collecting PPP, or platelet-poor plasma follows a process very similar to collecting PRP. An initial sample of whole blood is taken from a donor, centrifuged to separate into the three layers noted above, and the spun a second time. After the second spin, researchers can remove the topmost layer to prepare PPP.

How is PRP Used?

Platelet-rich plasma has several uses, all of which are derived from the substance’s high concentration of growth factors. These growth-enhancing chemicals are thought to greatly speed up the process of tissue repair in the human body. Platelets are also able to ramp up the production of various types of fibroblasts, which is another assistive factor in the healing process.

Treatment with PRP appears to revive tendons that have been injured, attract blood to sites of injury, help with new cell recruitment, speed up the growth of blood vessels, boost the nutritional profile of injury sites and generally promote healthful metabolic processes. Most of the known benefits of PRP therapy have been clearly demonstrated in animal studies by researchers who set out to test the efficacy of the treatment.

How Can PPP Be Used?

Platelet-poor plasma has a profound role in numerous medical treatments. One of the first known uses of PPP was in studies focused on platelet aggregation. Not only is PPP used as a scientific experiment control but it also serves as a precise mechanism to calibrate the concentrations of platelet-rich plasma samples.

If, for example, a particular PRP sample contains too many platelets for a given treatment regimen, PPP can be added in specific amounts that render the PRP sample to be of the correct concentration.

Additionally, PPP serves in its own right as a healing agent. Because PPP is thought to contain very high levels of fibrinogen, an agent known to speed up the healing of wounds. In cosmetic surgery, too, PPP plays a role.

As a so-called “fibrin sealant,” PPP is currently utilized in orthopedic surgery, blood management, and cosmetic surgery. One of the most advantageous aspects of PPP treatments is the fact that platelet-poor plasma is an abundant by-product in the preparation of PRP.

What is the Future of PRP and PPP

The use of PRP and PPP in therapeutic treatments is growing. This popularity has taken place in spite of the fact that clinical trials are lacking and platelet therapies are still controversial in some circles. Patient demand, however, remains strong.

People who suffer from musculoskeletal injuries and diseases often turn to PRP and PPP as non-surgical alternatives. Both PPP and PRP are viewed as effective treatments that are able to avoid adverse reactions based on infusion-induced complications.

Additional research is ongoing and will help to allay the concerns of some who want more traditional scientific foundations to substantiate the efficacy of PRP and PPP therapies and treatments. Even so, as a readily-accessible, non-surgical option for patients who seek treatment, the use of PRP and PPP is a welcome option among the vast array of treatments.

If You are Interested in PRP and PPP Therapies

Anyone who is interested in finding out if platelet therapies are a good choice based on their particular situation should spend a minute filling out the short questionnaire below. Or, take a moment to call us at our direct phone number so a staff member can answer your questions. We look forward to helping you decide whether this promising form of treatment is suitable for you.