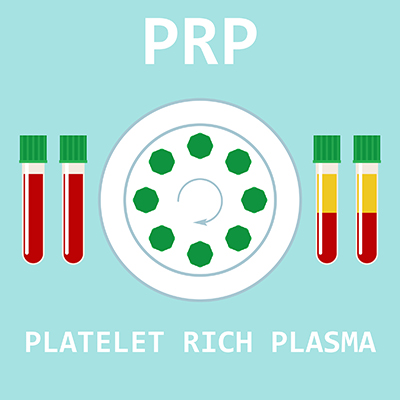 Regenerative medicine is at the forefront of modern science. One of the newest modes of treatment in this field is PRP (platelet-rich plasma) therapy. This unique approach has caught the attention of specialists in diverse areas of medicine, including rheumatology, orthopedics, rehabilitation, and physical medicine. In spite of the fact that PRP has not been the subject of a significant number of clinical trials and continues to be controversial in some circles, patient demand continues to drive the use of PRP and related ortho biological modalities.

For many patients, particularly those who suffer diseases and serious injuries associated with serious musculoskeletal injuries, PRP and similar non-surgical techniques offer many benefits. The future of PRP relies on more research in order to gain credibility from academia and the insurance industry. Clinical trials that deliver results based on double-blind methodologies and positive, repeatable outcomes will go a long way toward making PRP a fully-accepted treatment within the medical community and among patients who seek non-surgical options.

A Brief History of PRP

Thousands of years ago, human beings first learned the medical principle that intentionally creating inflammation could begin the healing process. The Roman writer Celsus was probably one of the first to document this phenomenon. Indeed, about 2,100 years ago physicians routinely treated excessive testicular fluid by inducing a process of scarring via saltpeter injections. Beginning in the 1950s, similar techniques were used to strengthen ligaments, tendons and herniated regions by Dr. G. Hackett. He injected various substances and recorded the subsequent strengthening of previously weak areas.

By irritating the weak, relaxed tissues with injections, Hackett noted the appearance of the fresh bone and tissue cells that eliminated the maladies. After that, he theorized that the same technique could be applied to chronic pain and various defects of the musculoskeletal system. His groundbreaking book, “Ligament and Tendon Relaxation: Treated by Prolotherapy,” gave the medical world a new word, prolotherapy, and put early concepts of PRP-like treatments on the scientific map.

Though PRP treatment differs in many ways from Dr. Hackett’s experiments, it likewise utilized the introduction of irritants to begin its work. The advantage of PRP, however, is that blood platelets are not benign irritants but powerful delivery mechanisms of vital growth factors. Therapeutic PRP injections thus offer a double benefit: they arouse inflammation and supply a repair component to the process at the same time.

Other recent advances in PRP-like treatments took place in the early 2000s among plastic surgeons and during oral reconstructive procedures when PRP treatments were administered only to cut down on loss of blood. The doctors noticed that bones healed faster and more efficiently after such treatments, leading them to suspect that the platelet-rich substances they had injected played a key role in the strengthened bone tissue.

Blood platelets contain several important growth factors that augment multiple kinds of tissue repair in the human body. Not only do platelets contain cytokines and mitogens, two crucial components of mesenchymal cell attraction and mitosis stimulation, but they boost the production of fibroblasts as well.

Even though there is not an abundance of clinical research in the area of PRP, studies became more common after 2009. In fact, nearly a dozen clinical research trials took place within just a few years of each other and showed promising results with regard to the treatment of injured tendons in human subjects. In 1910, a watershed year for PRP research, a randomized, controlled study on PRP appeared in JAMA. Because the single study was so widely publicized, and did not report significant evidence of the efficacy of PRP, many academicians and researchers dismissed PRP as useless.

Fortunately, in the same year, 2010, a Netherlands-based study was more positive. One-hundred subjects who suffered from lateral epicondylitis were treated with either PRP or corticosteroid treatments. After one year of follow-up, the PRP subjects showed significant improvement compared to the other group. This result went a long way toward reviving the confidence of the scientific community in regard to PRP therapy.

Additional research was done on the effectiveness of PRP in the treatment of osteoarthritis. After 2010, there were two key studies that demonstrated PRP as a possibly efficacious treatment for arthritis, especially in the knee. After the 2-month follow-up point of one such study, the only subjects who showed marked improvement of their condition were the ones who had received PRP therapy. Similar results were achieved in a later study that tested PRP’s effectiveness in helping subjects with ankle and foot pain.

Perhaps the single biggest issue facing PRP today is the absence of standardization. Currently, for example, there are no accepted, universal protocols for any of the preparation processes, like activation techniques of growth factors, selection of specific injection sites, and other procedures that take place immediately pre- or post-injection. This lack of common standards for PRP makes it hard to set up tests to evaluate efficacy. The result is a low level of acceptance by the academic research community and thus the insurance industry.

With so many different procedures in existence among PRP practitioners, it is nearly impossible to make objective evaluations of comparable clinical trials. For example, one recent study noted that even though PRP treatments in a group of tendinopathy subjects showed promising results, non-standardized procedures stood in the way of drawing any significant conclusions from the trial.

This unfortunate state of affairs can be remedied by working toward PRP procedural and preparation technique standardization. There’s also a need for universal PRP protocols so that trials can be fully evaluated and begin to contribute to a larger literature of PRP research.

When it comes to musculoskeletal injury treatment with PRP, recent advances have led to the more frequent use of this promising technique. Researchers nowadays more clearly understand the important relationship between the body’s immune system and masses of wounded tissue.

For one thing, there is no risk of infusion-induced cross-reactions because PRP’s super-concentrated platelets are derived from autologous blood. There is, of course, a need for more study about both the safety and efficacy of PRP. Additional research could help eliminate problems associated with higher-than-necessary PRP sample costs, weak standardization protocols and procedural regimens, and reimbursement issues related to insurance coverage.

Is PRP Therapy Right For You?

If you think PRP might be an effective way to address health issues you are currently facing, take a minute to fill out the brief form below or simply call us directly. Our professional staff can answer any additional questions you might have about PRP. We look forward to speaking with you.